The Evolution of Branding 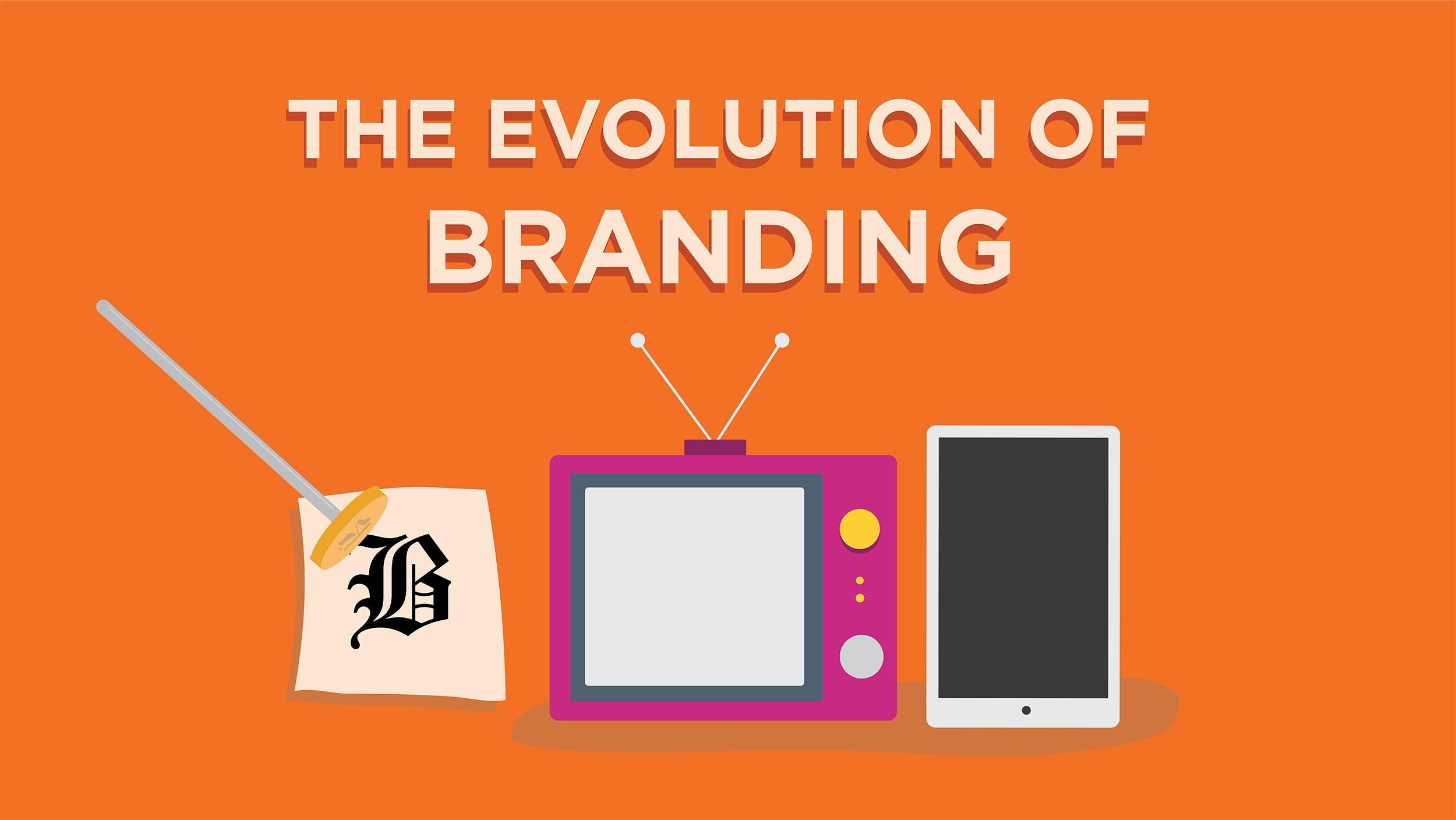 The Evolution of Branding

The concept of branding has been around for centuries. After years of technological development, branding has allowed companies to set themselves apart and appeal directly to consumers. While branding has taken on several different definitions over the years, some of the fundamental principles are still used today.

In the 1500s, the original meaning of the word “brand” refers to a burning piece of wood – this comes from the word “brandr”, an ancient Scandinavian word meaning “to burn”. Branding cattle was the most common form of showing ownership. Each branding mark was easily recognizable and distinct, and they were specific to the owner of the herd – very much like a logo. Therefore, branding was always essentially about creating your own mark.

The Industrial Revolution brought about the mass production of goods and introduced new manufacturing practices. Products like alcoholic beverages (wine, whiskey, and ale) saw larger distribution numbers, which introduced the burning of the company’s mark into the crates, and eventually evolved into promoting brand quality over individual ownership. More goods meant more options for the consumers, which increased the competition between companies to stand out and make themselves more easily recognizable. This created the need for a trademark – which includes the use of symbols, colors, words, and phrases that are legally registered to represent a specific company. The Trademark Act was passed in 1881 and introduced intellectual property in branding, which allowed companies to claim the rights to their products and take legal action against rivals.

The fast development of technology during the turn of the 20th century increased the quality of everyday life. This time period saw the birth of a few companies that became icons in the branding world, including Ford Motor Company (1903), Coca-Cola (1886), and Chanel (1909), who all became pioneers in their respective fields. Ford was the first to offer gasoline vehicles, Chanel created suits for women when they were only considered as menswear. Brands promoted themselves through magazine publications and newspapers, with very descriptive and informational advertisements that explained how to use their products.

Marketing and brand management was developed in the 1950s with consumer goods like Unilever, and Proctor and Gamble – as the quality of products improved across the board, the brand managers became responsible for promoting their product with a distinct identity from their competitors. Branding techniques evolved to include an emotional aspect, which became more important in the appeal to consumers. If a brand was presented as a better quality than its competitors, they were usually priced slightly higher than the rest. Branding evolved to include the logo, product price, packaging, advertising, and promotions, and the overall presentation to the public.

The rise of mass media expanded the platforms of advertising and branding to include television commercials, billboards, and subway signage. Around the 1980s, branding became fully visible worldwide which inundated consumers with endless options. Companies prioritized brand development and recognition instead of solely improving their products – this increased the competition across all fields and created the need for developing a full-time corporate identity instead of shorter, seasonal ad campaigns. Corporate branding evolved to include personal brands and non-profits.

Today’s digital age provides a plethora of platforms for brands to establish a voice. Social media is now the most popular platform for introducing a brand. Today’s audience goes beyond the need to simply know about the brand; they want to be involved with the brand as well. Facebook, Amazon, and YouTube rely on customer feedback for higher ratings, which sets them apart from their competitors. Active participation in the brand’s development creates a deeper loyalty between the consumer and the brand. Viral marketing is a new technique used to increase brand visibility without the typically expensive budgets of traditional marketing – it relies on existing social networks to promote their products and services, in which content is posted with the intention to quickly generate interest among consumers so that it spreads like a virus.

Brand evolution is constant and inevitable – technology is the driving force behind the development, but the principles remain the same. Emotionally connecting with your audience, involving them with your development, and embracing technology will help keep your brand a step ahead and set you apart.

Working on creating a brand for your company? Contact us. We would love to help.