In Case You Missed It… 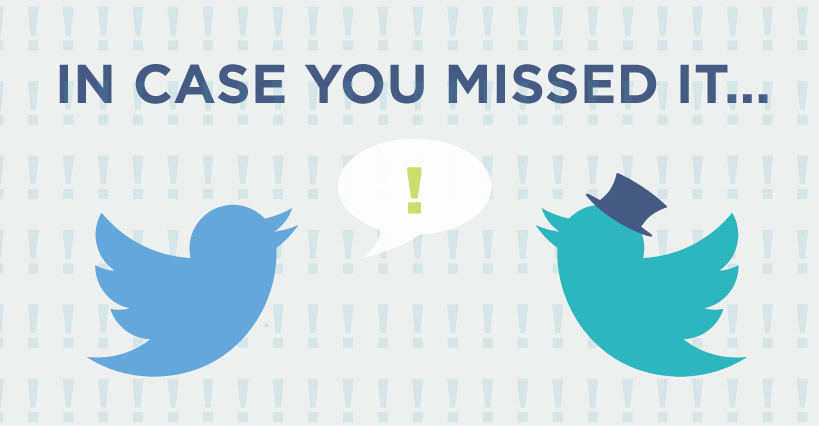 In Case You Missed It…

Social media is an ever changing, surprisingly addictive outlet for constant word-of-mouth. Within a virtual community whose aim is to share everything from food preferences to cat memes to political stances, this free marketing data becomes very valuable to businesses whose goal is to research what people want.

While Facebook dominates the social media market at 1.55 billion users, Twitter boasts an impressive 320 million users. Twitter was finding that their demographic treated Twitter like an inside-joke: a site whose knowledge is only accessible by a select group of acclimated users. Twitter’s new site aims to invite more users to try the service. It gives users more opportunities for personalization and the new layout allows for high-level information consumption at-a-glance. By streamlining small attributes of the design, some of which will be covered in detail below, Twitter saw a 600% increase in Tweet impressions from logged-out users, and a 128% increase in people visiting user profiles.

For intangible services, the look and feel of the user interface is everything. Clicks equal cash, and persuading the uncommitted new user to continue using your intangible service is a difficult hurdle to overcome. Recently, Twitter ran into this very problem. Twitter has been carving out their niche, trying to brainstorm new ways to make their user interface more welcoming to first-time users. Last March, Twitter revealed their new site design which is being implemented in stages for ease of adaptation. Understanding user motivations was key to adjusting how a user might find the layout to be more aesthetically pleasing. How could Twitter create a new profile design that would please every possible demographic group within the Twitterverse? What did Twitter do to achieve such astounding increases in usage?

1. Minor tweaks were made to the layout to de-clutter, add a logical hierarchy, and adapt to newer device sizes.
Research revealed that Twitter profiles were cluttered, especially once condensed to mobile screen sizes. Extraneous information made profiles difficult to navigate, and rarely used buttons had implied importance due to their large size. In short: designers noticed that Twitter’s profile layout was too confusing to retain new users. By highlighting most-used buttons with a dominance in size, left-aligning text, and removing unclear information, Twitter made it easier for users to surf profiles quickly.

2. Twitter updated profile designs to be more open to user customization.
Starting new users with more options to express themselves was a prerogative for Twitter. Designers found that Twitter users like to browse quickly. Scanning through profiles with very little customization made it difficult for users to discover people to follow, especially on mobile devices. Repetitive profile layouts made it hard for users to take interest in following others, and in turn made it difficult for users to feel committed to acquiring more followers. Highlighting unique user content on Twitter timelines made it easier to understand a user’s personality at-a-glance. The timeline is still infinitely scrollable, but adopts a consistent grid size that highlights user Tweets, photos, videos and “favorited” content. “Favorited” content had not been highlighted before the redesign, but the logic is that by opening up this content, Twitter users will have more tools to understand the profiles they see.

3. Twitter brought hidden content to the surface and
simplified navigation.
In addition to revealing “favorited” content, profile navigation was simplified to include a docking navigation bar across all infinitely-scrolling timelines. The navigation bar removes the possibility of dead links on the page, and makes it easier to scroll on mobile devices. Buttons that label relevant social actions were placed within logical areas of the Twitter layout. By highlighting the Follow, Direct Message, and Tweet buttons, Twitter understands that these are the primary actions a user will perform. Placing the Follow button in a place of prominence implies that Following is the most important action on Twitter, and encourages users to perform it more often. Finally, Twitter laid out these changes slowly over time, so as to not overwhelm users with an unrecognizable site.

Who knows where social media will go over the next ten years. To ensure that sites like Twitter and Facebook don’t go the way of Geocities or MySpace, it is important to keep in mind what users want, what will make the service more effective, and what will jumpstart online conversation. In the end, social media is all about sharing, and if users can’t access the conversation, then they will move to a site where they can. Keeping design simple, shareable, and inviting is a great way to get people talking. Contact Creative Juice for a consultation on how we can get users talking about your business.