Influential Black Designers You Should Know About 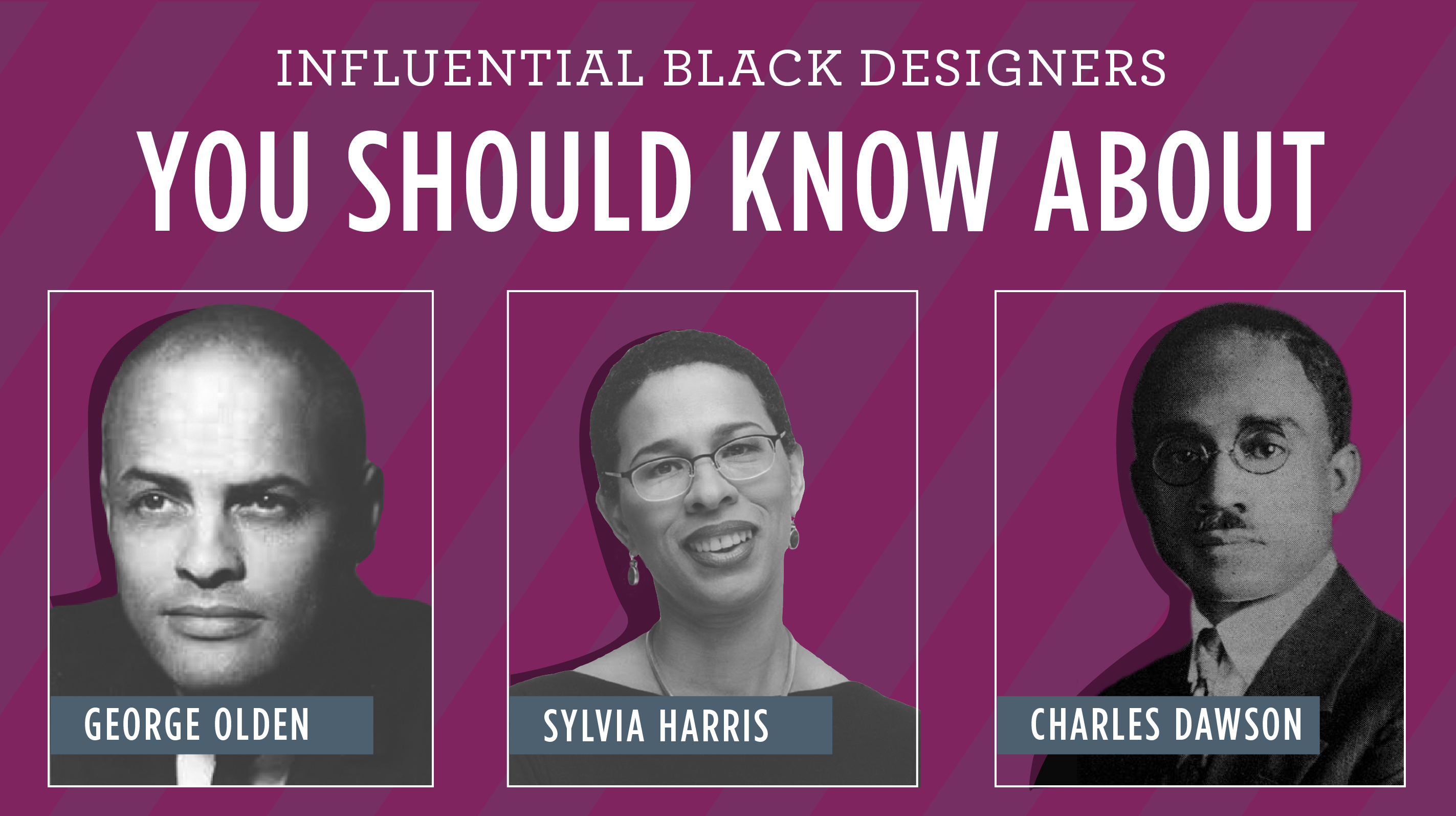 Influential Black Designers You Should Know About

This week, in honor of Black History Month, we are paying tribute to African American designers who have made an impact on the design industry. Here we will discuss the lives of three influential artists and the legacies they have left behind. These creators are considered to be some of the pioneers of their eras and are widely revered and appreciated for the incredible work they accomplished in their lifetimes.

Charles Dawson was best known for his advertising in the 1920’s and ’30s. Born in Brunswick, Georgia, Dawson attended Booker T Washington Tuskegee Institute and would later be known as the first African American accepted into the Arts Students League of New York. After a summer of working in a Pullman buffet club car, Dawson was able to attend the Art Institute of Chicago and fulfill his dream. During his time at the Art Institute, he threw himself into organizations like Arts Students League of Chicago and would eventually become a founding member of the first black artist collective in Chicago, the Arts and Letters Society.

Shortly after his graduation from the Art Institute of Chicago, the United States entered into World War I. Dawson was accepted for officer training in the segregated armed forces and would later become a Lieutenant. Upon his return, racial tensions in Chicago were high due to a suffering economy and little prospect for job opportunities. Because of the growing black community, black Chicago citizens began to acquire economic and political power, which would lead them to take part in the New Negro Movement.

At this time, Dawson would begin his freelance career, where he would create advertisements for major black entrepreneurs. Dawson would also go on to establish the black exhibiting group the Chicago Art League and played a major part in Negro in Art Week, known as the most important manifestation of the New Negro Movement in the visual arts. Dawson was later hired to design the layout for the American Negro Exhibition and design the area for the Chicago Coliseum. He would end his career as a curator at both the Museum of Negro Arts and Culture and the George Washington Carver Museum from 1944 to 1951.

Georg Olden was born in 1925 in Birmingham, Alabama. He is known as a revolutionary designer who helped pave the way for African Americans in the field of design and corporations. He would attend Virginia State College but ultimately drop out in 1945 after he was offered a job at CBS as Head of Network Division of On-Air Promotions. Olden would become considered a pioneer of broadcast graphics thanks to his identity work on series like I Love Lucy, Lassie, and Gunsmoke. He also helped develop the vote tallying scoreboard for the first televised presidential election in 1952.

In 1960 he was hired to be part of the group of television art directors for BBDO. In 1962 Olden designed the Clio statuette and by 1970 won seven of them. Olden has appeared in publications such as Graphics and Ebony and in 1963 he was the first African American to design a postage stamp. The design was a broken chain, commemorating the 100th anniversary of the Emancipation Proclamation. Georg Olden helped inspire other people of color with his continuous work surmounting obstacles that prevented many people of color advancement in their careers.

According to the article: 2007 AIGA Medalist: Georg Olden,” After his passing in 1975, in a posthumous edition of Who’s Who he provided his unconscious epitaph ‘As the first black American to achieve an executive position with a major corporation, my goal was the same as that of Jackie Robinson in baseball: to achieve maximum respect and recognition by my peers, the industry and the public, thereby hopefully expanding acceptance of, and opportunities for, future black Americans in business.’ ”

Sylvia Harris was born in Richmond, Virginia, and was a part of the cohort of students that experienced desegregation in the 1960s. Because of this unique understanding, Sylvia had a desire to work for the people affected by social systems. Harris graduated from Virginia Commonwealth University with a BFA in Communication Arts and Design. With an undergraduate focus on film and photography, Harris was hired to work at WGBH, Boston’s public television station. After experiencing the depth of what the creative field can offer and with some encouragement from her mentor, Harris enrolled in Yale’s Design Program.

After graduation in 1980, Harris and fellow classmates would eventually go on to co-found Two-Twelve, a firm that was an expression of the diversity of each of the founder’s education. They were one of the first to begin asking questions about centric orientation in design. It was during this time where she would dive deeper into her passion for public information systems and environmental design. She would go on to work with Citi bank where she would set the standard for human-centered automated service.

In 2004, Sylvia would leave Two-Twelve and begin Sylvia Harris LLC where she would shift her focus towards design for plan and strategies. Harris would create the forefront of systems planning, policy development, and innovation management for the nation’s largest hospitals, and universities. She is possibly best known for her rebranding work for the US Census Bureau’s Census 2000. Work that helped encourage under-represented citizens to participate. After her untimely death, In April of 2015 AIGA posthumously awarded Sylvia Harris the AIGA medal, the highest honor a designer can receive from the organization.

These influential black designers help to pave the way for other minority designers and agencies such as Creative Juice. We respect and appreciate the designers before us as we ourselves strive to help lead the way for minority-owned, millennial-run, or female-led agencies to come.