When Your Brand Falls – Turn a New Leaf 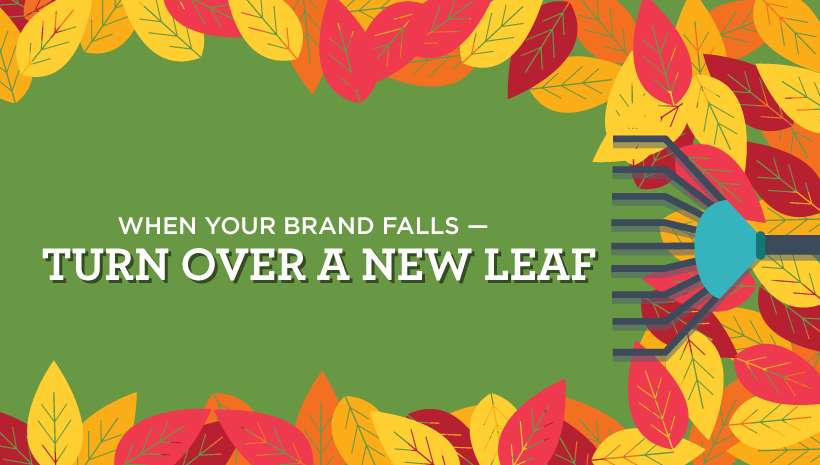 When Your Brand Falls – Turn a New Leaf

In the face of an unstable economy, harsh criticism, and having to close stores if things didn’t improve, Domino’s Pizza and their branding partners tried something a little different. They were honest. Domino’s faced their audience and their problems in the most direct way possible with a campaign video that talked about what they were going through. They named their campaign simply “Domino’s Pizza Turnaround” and the video can still be seen on YouTube today. The campaign video details the hard conversations Domino’s had with their critics, the perceptions of the pizza, and the reactions of the men and women who work as chefs for the pizza conglomerate. They talked about new ideas and their passion for food began to seep through the conversation. It’s a relatable scene.

What the video does not detail is the 360 rebrand of the signs and the technology the company chose to invest in. Domino’s created something that would help improve transparency in the way they made food. They called it the Pizza Tracker app. The app filmed pizzas being made at different stages and even gave the Dominos pizza creation a sort of performance art. After the pizza had been made, the tracker gave the user an estimated time of arrival. Taking their technology one step further, Domino’s also created The Pizza Hero iPad game, which gave the user a sense of just what goes into making this food. It subtly drew enthusiasm for working at Domino’s. More recently the company continued its use for technology by incorporating the pizza emoji and text messaging capabilities. It allows customers to text the pizza emoji to the local Domino’s parlor, in turn, their favorite pizza is delivered. Technology, design, and hard listening brought Domino’s back to the living.

In asking how these concepts apply to businesses across the spectrum, the answer is relatively straightforward. Domino’s went through a tremendously hard time in 2009. The prank that was played on them could have ended then. But Domino’s used the crises to reflect on a very personal level and incorporated their customers into their message. As a brand, Domino’s may not have innovated and evolved into using technology so much if “booger gate” had not happened. Sometimes we have to go through something difficult to make our most creative decisions. When the noise of the Internet is so loud and constant, it can be hard to focus on any one particular thing. The irony is of course that because of this tremendous noise, a lot of people are just looking for a connection. When brands include the voices of their audience in major decisions well, let’s just say these voices are so powerful that they can even bring back the dead.