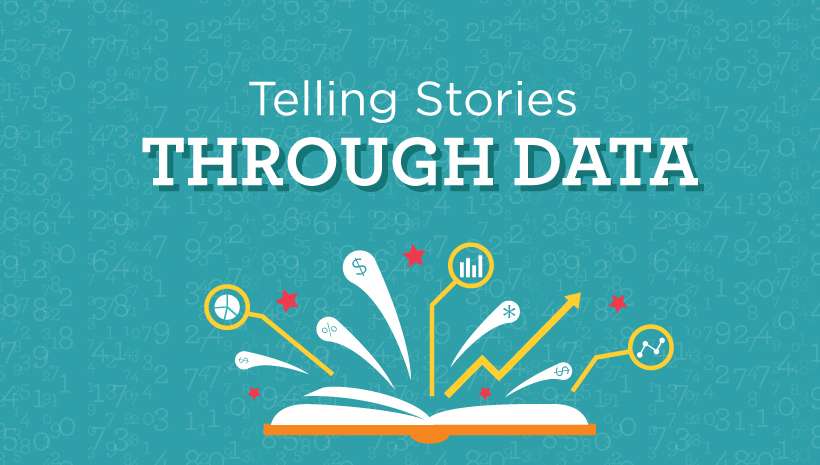 Data is a pervasive term these days. It comes up regarding almost every industry. With the ability to track information from our many connected devices, there has emerged a particular philosophy that believes our digital footprints left behind from our common internet searches, sleep patterns, and buying power will, in fact, help to move humanity forward. While it can sound invasive, big data can also be a powerful tool in educating both consumers and businesses alike. So, how can small businesses utilize these numbers and include their compelling stories in the marketing they create?

Let’s be honest. It can be a daunting task to write compelling advertising pieces when the numbers behind big data don’t make sense. This is where detective journalism comes into play. Breaking down the numbers and looking at the reason they might exist. For example, journalists look at the multitude of reasons why unemployment rates go up and down. They report on the human stories behind those numbers. The three highlighted brands below exemplify a variety of ways that big data helps brands tell captivating stories.

Prudential is one of the best examples of a brand that uses visual power to include big data in advertising. As a financial planning company, Prudential used one of their campaigns to ask people about retirement savings and how long they believed they would live. When dramatizing these two numbers with different colored ribbons splayed across a football field, the data became vividly real. Prudential was able to present us with data on how we are living longer along with the fact that most people need to include this fact into their retirement savings plan.

When House of Cards first released, the creators automatically knew it would be a large success. They had the ability to look at the behavior of their primary audience, and they utilized it to create something of a perfect formula. These creators knew their viewers loved Kevin Spacey, and they also drew on the fact that their target audience loved political dramas. This combined with the fact that they included viewer binge-watching behavior made the show an overnight sensation. In fact, HBO changed some of their behavior by releasing entire seasons all at once when they found that people responded so well to this action.

H&R Block masterfully created a story built entirely out of American data. Their campaign, of course, was to help educate when they released their “Get Your Billions Back America” slogan. When they looked at the numbers and realized that half the country was doing their taxes and that these tax returns were either inaccurate or entitled to a smaller tax bill, the brand immediately knew they had a convincing story. H&R Block leveraged their data to both inspire their audience, educate the world on how much money they were losing, and then rendered their services to help.

Numbers are not inherently sexy. In fact, they can be all but disheartening when they confront us in large quantities. Who wants to get bogged down in the endless sea of statistics that confuse and complicate? In order to use big data to guide your business story, this information needs to be broken down into smaller questions. With the right imagination and a little creative design, numbers are the very items that inspire the best stories. They help us communicate with people and give small businesses the tools to speak greater truths to a large community.